One of the most fascinating discoveries I made during the lockdown last year, walking along the main embankment from Agoiolo to Gussola, was the church of San Benedetto in the town of Borgolieto. I saw it emerge from a group of trees and immediately form a picturesque whole; but as soon as I came off the embankment and noticed the height of the cemetery (once the cemetery of Borgolieto), surrounded by an old wall, I had the feeling of sinking in time: the site itself, in its very special form, the whole denounces its antiquity which, on the other hand, seems to hide the church, a little stingy in this sense, because of the renovations it has undergone over time. And I felt the greatest emotion seeing the entrance portal with an oratory attached, currently not open for security reasons as it is statically compromised. I imagined, probably incorrectly, standing in front of an old pilgrim hospice, as it sometimes stood near the Po, while the documented book of Marco Cappa, dedicated to the church, tells me it is «a room used as an oratory for the Compagnia del SS. Sacrament”.

Here is a “place of the heart” – I told myself – that must be preserved in its integrity because it is inseparable from its landscape; a unique, unrepeatable place, miraculously handed down to us from a distant past to speak again in the present, to be preserved as a community’s most precious asset. I had heard of this place even before the fateful meeting of… Giuseppina Bacchianimator, along with some of her Gussola high school colleagues, of that very successful Saturday event that I couldn’t say and write about better than I did Nazzareno Condina on this head. From that beautiful celebration, in addition to the very precise historical information I learned from lively and enthusiastic twelve-year-old students, I realized one fundamental thing, which is that art will not save the world if we hear all the background noise of an approaching war. , and neither will we be passionate about art and history, nor a far-sighted minister, but it will be the children who will save both art and the world, if only we stop stealing their future.

And right here in Borgolieto a small community has gathered around this class of children from Gussola, ready to reclaim possession, or rather to give back to the world its secluded church, for the purpose of its knowledge, restoration, protection and improvement. to improve.


Among the passionate promoters of this venture, for quite some time Franca Filipazzi he urged me to visit the oratory so that I could express my opinion on the fragments of the frescoes that adorn it. Finally, thanks to Franca, this circumstance could come true last Saturday and the surprise was no less than the embarrassment that I find every time I find myself in front of unknown works of art. Unfortunately I have done too many different things in my life, wasting energy in many directions and I cannot say that the situation has improved since I started with more commitment and continuity with art history because I have spent more time monitoring the goods used in the study of the same. In front of the faded and very worn painting of a Madonna and Child, as the wall altar of the only altar in this small room, – an altar that has disappeared, but whose presence is rejected by a terracotta predella and some hook holes in the wall – a light bulb lit up, or concretely a projection of almost superimposed images, which in a video built by Roberta Ronda e Nicola Turatic, accompany the exhibition on Ghislina currently set up in the Diotti Museum in Casalmaggiore. I have no doubt that the author of that mural, as well as of the vaulted frame that adorns it and, in all probability, of the twisted columns which, with a discreet trompe-l’oeil effect, mimic a precious altarpiece, exactly Marcantonio Ghislina (Casalmaggiore, 1676 – Gussola, 1756), the most important Casalasco painter of the eighteenth century, despite the lack of documentary evidence. And if it is not Ghislina herself, then it is the work of a painter from his studio, for the trademark is clear, as I will try to show. Less certain, on the other hand, is the attribution of the frieze running through the room (because of a more seventeenth-century flavor – but in Ghislina there are also certain anachronisms), where vegetable spirals alternate with fake shelves with swollen volutes and, on the four sides of the room, in cartocci with emblems, almost indecipherable today, but probably referring to the virtues of the Virgin.

As for the solution of the false frame and its ornaments, there is no shortage of evidence, albeit within different declinations, as in the wall paintings of the monastery church of Santa Chiara (1719) in Casalmaggiore.

As for the face of the Madonna, relations become closer because, in addition to the fairly common typology, there are some typical features related to chiaroscuro shapes and modalities – note, for example, the shadow on the cheek and under the lower lip – and which established the common matrix as derived in the works of autography, in Casalmaggiore and Dosolo, belonging to different periods. From this point of view, the problem of dating the Borgolieto murals arises because both a high dating and one referring to the painter’s last production, which took place in Gussola, would be plausible. Don’t deceive the relative simplicity of the figures of the Virgin and Child, as what remains of the original paintings is little more than a thin background layer (a sinopia in places) over the thin layer of plaster applied to likely earlier decorations (so as it seems to note in the peel points). This seems to fit perfectly with the typical method of execution, both of painting on canvas and on the wall, practiced in Ghislina’s studio, where the first thin hue was then enriched with fuller brushstrokes focused on graceful shapes and giving a plastic sense with lights and shadows. The fake ancona, with the Solomonic columns coupled to support a bent and broken tympanum, a specialty of quadraturists whose tradition, from Christmas, is very present in Casalmaggiore and who could find models in the tables that adorn the Perspective (1693 -1700) from Andrea Pozzo (a veritable manual for painters and architects), as well as mid-eighteenth-century architectural-plastic recordings on the altars of many churches in Casalasco, would empower us to think so much about early dating (say within the second decade, the era of the paintings for Santa Chiara), but also a much more advanced era. In addition, Ghislina was active in Gussola later in life, and in the church of Borgolieto two paintings were recognized that were originally placed on the sides of the rectory, namely Rebecca at the well and Christ and the woman taken in adultery. As Roberta Ronda, scholar of the painter, informs us in the history of the parish of Gussola (1884), prepared by the parish priest Francesco Faverzani based on memories left by don Andrea Ghislina (son of the painter and parish priest in Gussola from 1743 to 1764), the author claims that Marcantonio in old age (now eighty years old) would have painted some frescoes, leaving his name in the register of payment orders at the date 1756, the year of his death. That he also worked in Borgolieto at the same time? If the date 1755, inscribed on the tympanum of the entrance to the portico (attached to the oratory of Borgolieto), indicates the year of the restructuring of the complex, the hypothesis of a last Ghislinesco construction site would be credible in that circumstance. Awaiting documentary confirmations, it is hoped for a rapid consolidation and restoration intervention, as a priority of this small building (and then of the Church of San Benedetto), before time and neglect erase them forever. Now the attribution to an eighteenth century master of the decorations that adorn it increases its importance and preciousness.

For those unfamiliar with the painter, given the difficulties of finding the holy places that keep his works open, it is worth visiting the aforementioned exhibition “Marcantonio Ghislina three hundred years later” which will be open until May 22. can be seen in the Diotti Museum, where, in addition to a recently restored painting, on loan from Commessaggio, projections and documentary material, four canvases belonging to the master’s maturity are on permanent display.

THE PHOTO DOCUMENT IN PDF: Borgolito 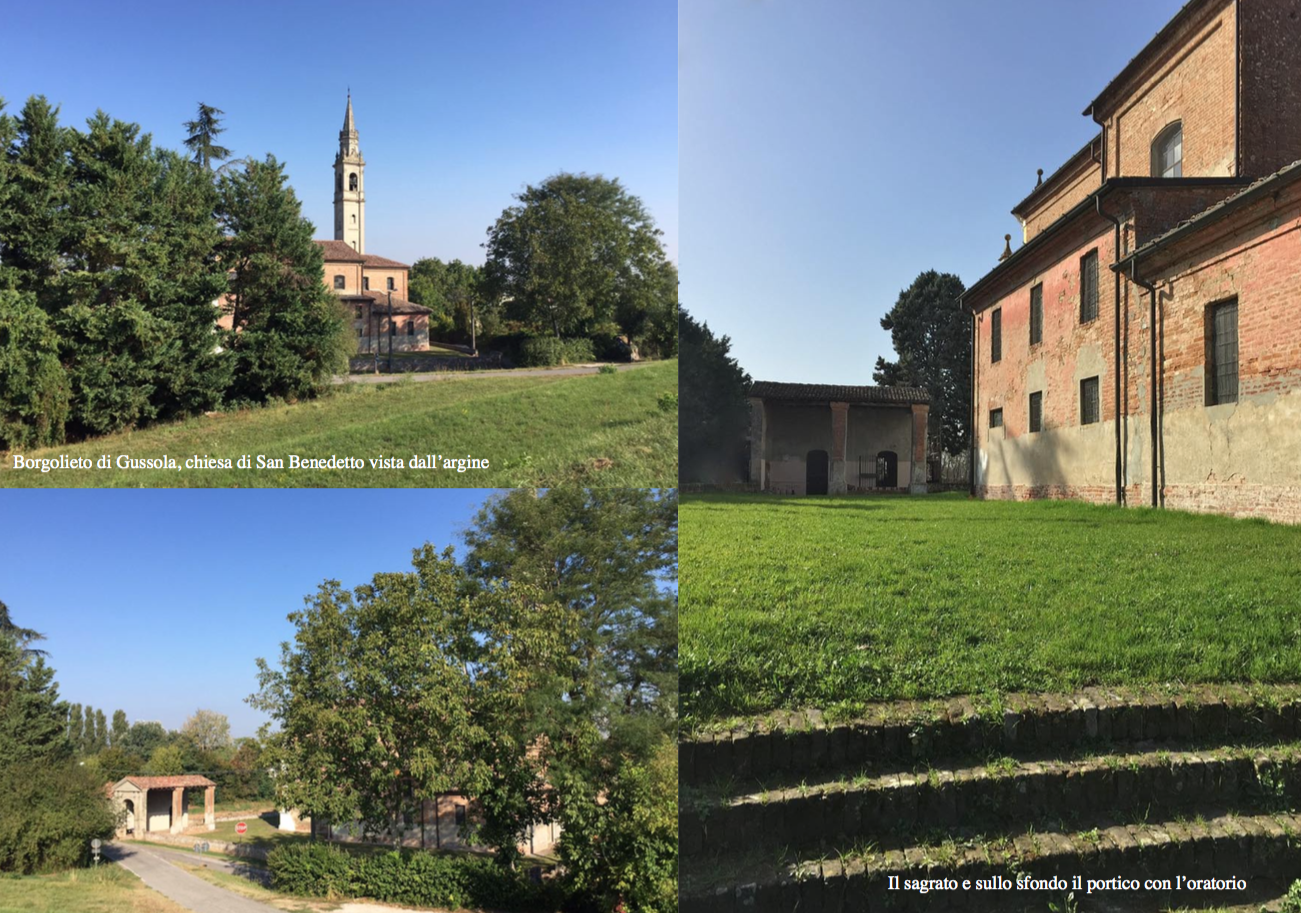 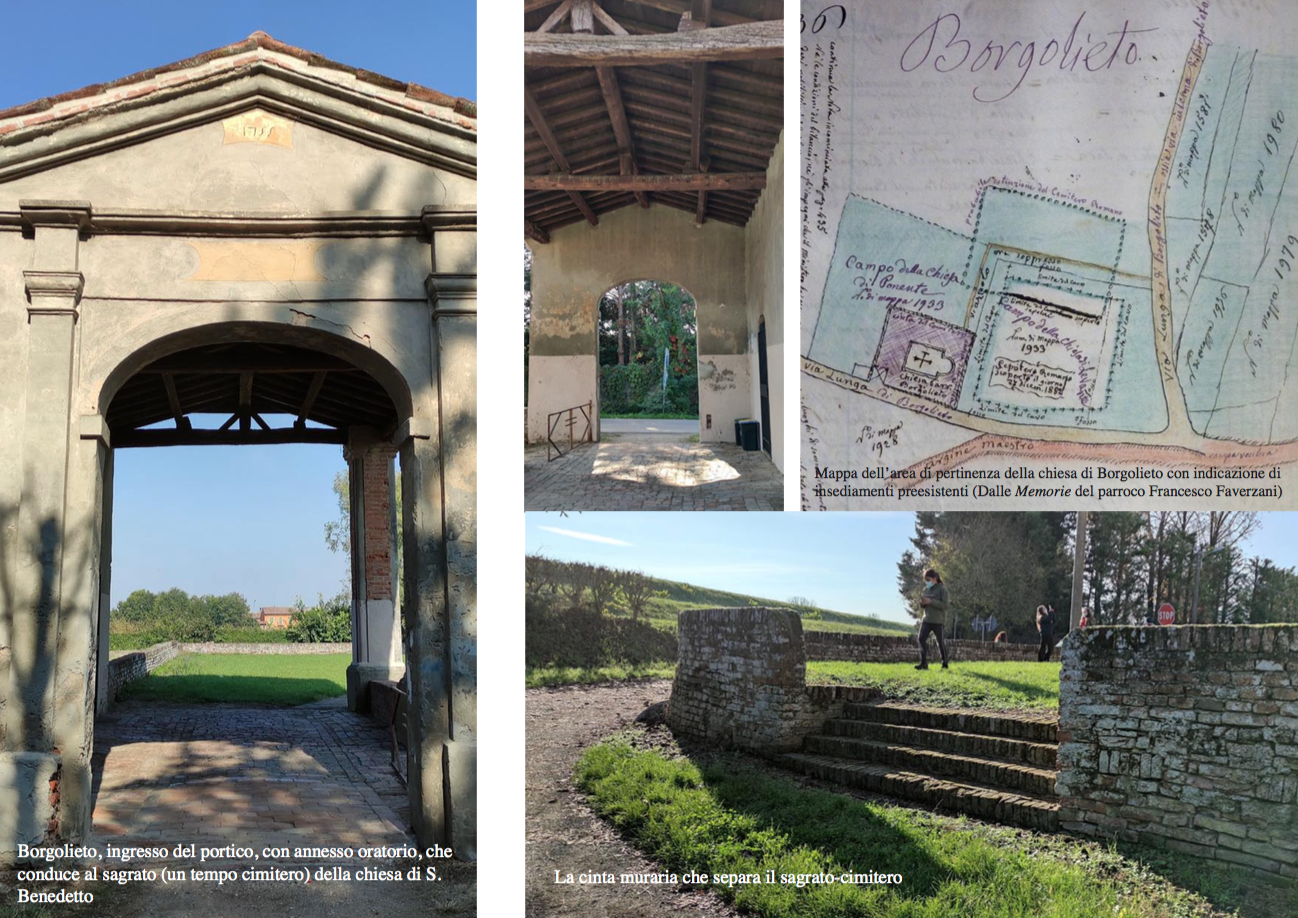 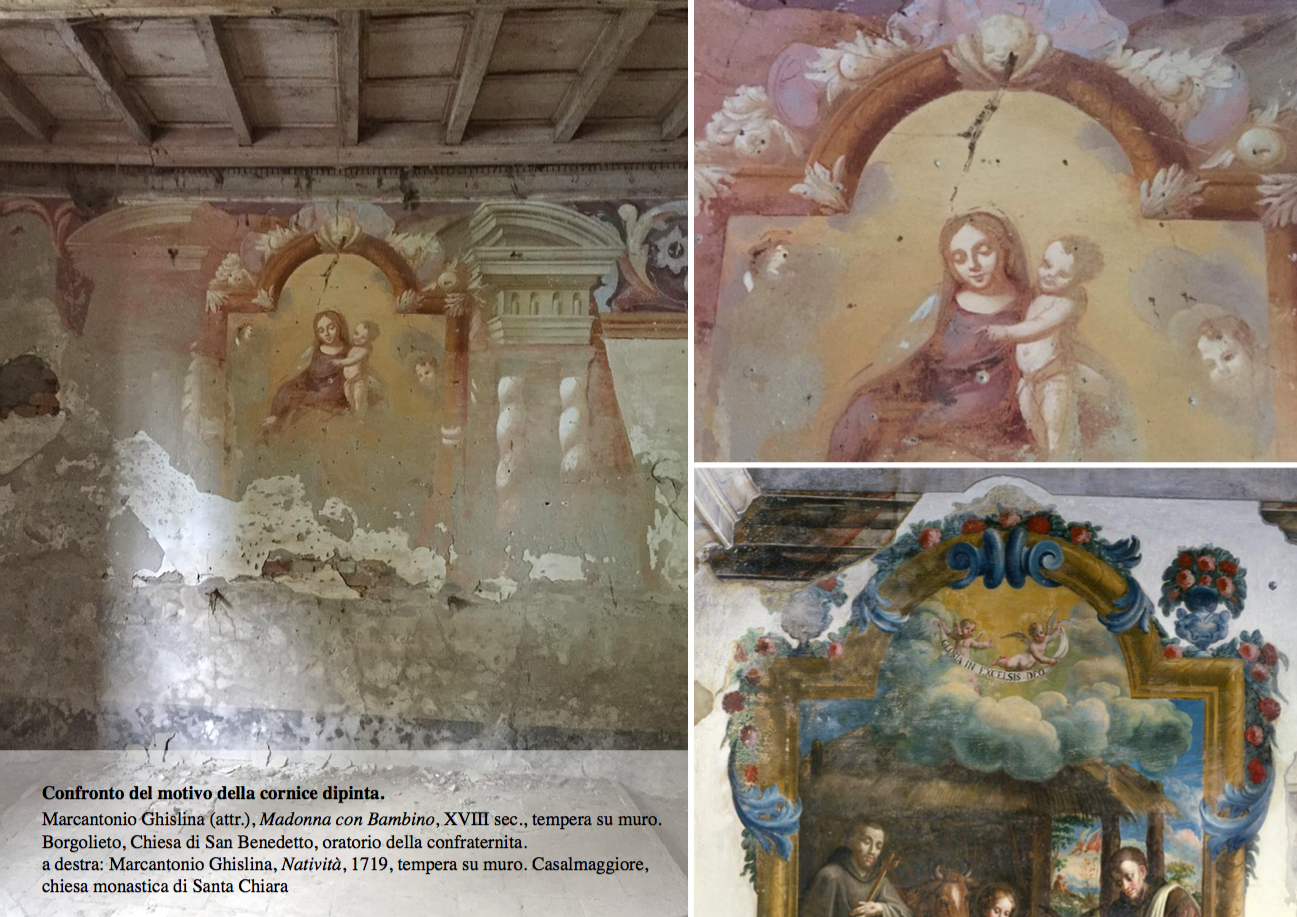 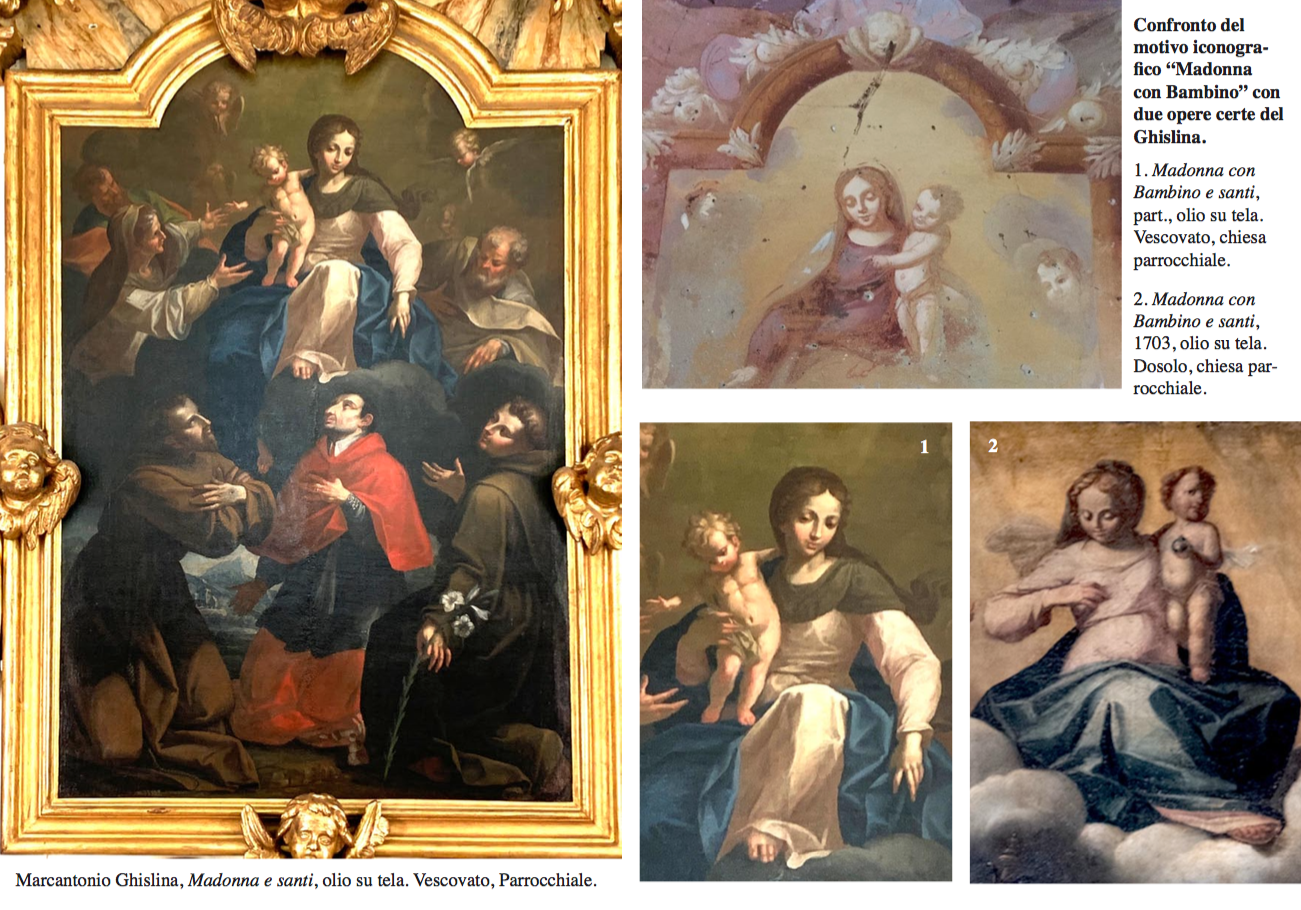 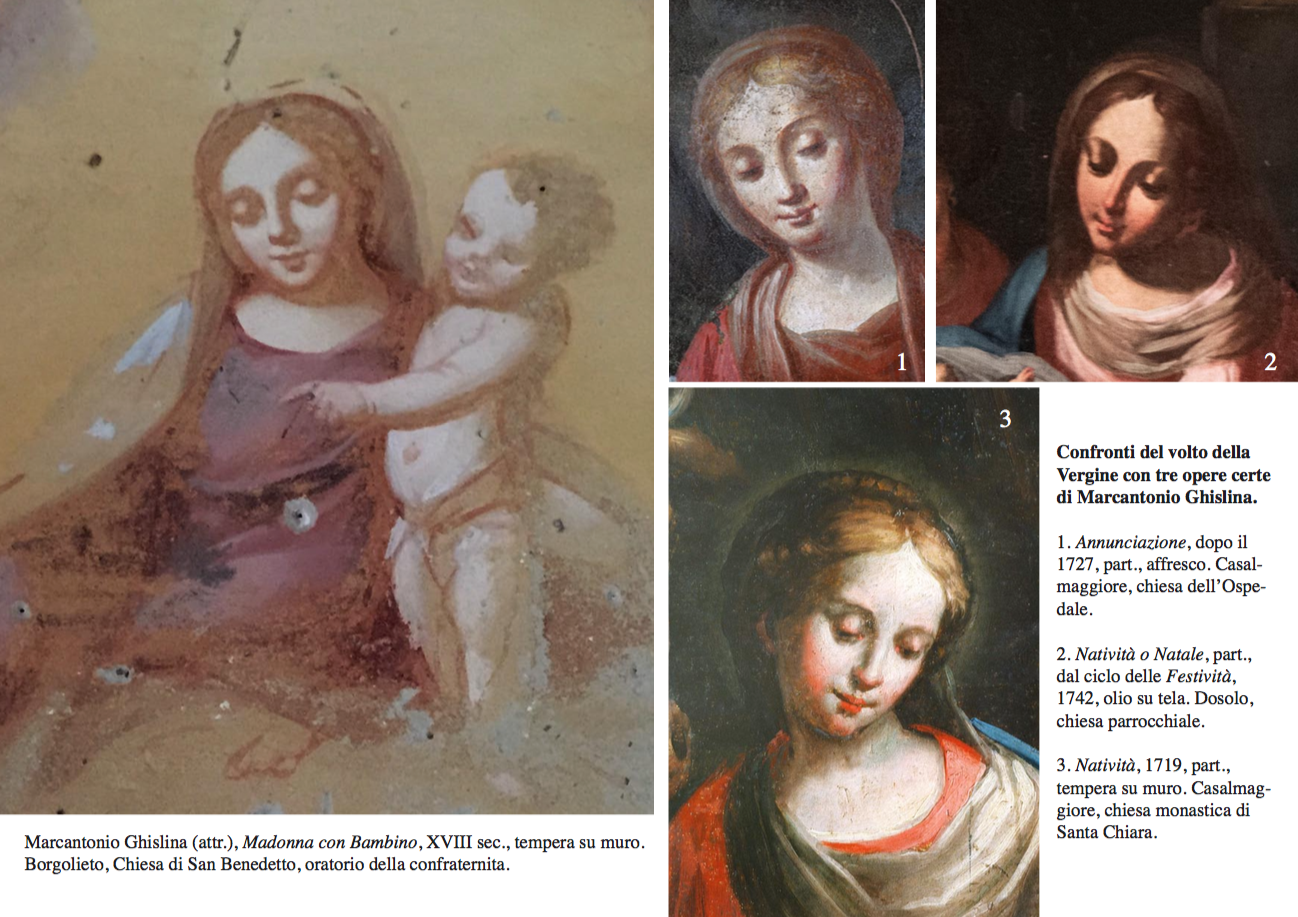