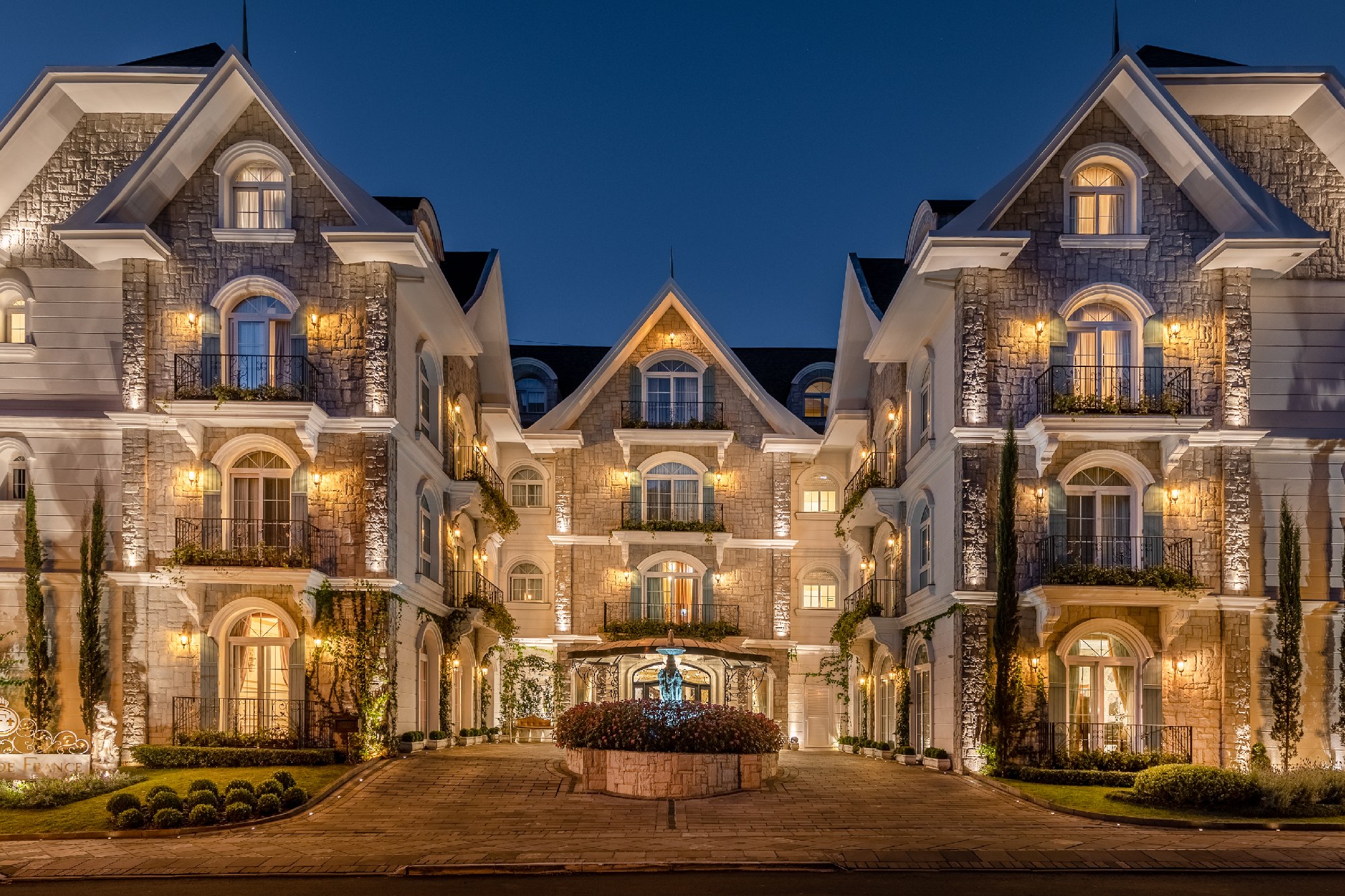 O Hotel Hill of Francein Gramado (RS), was voted the second best hotel in the world in 2022 by the Traveler’s Choice Awards, to do TripAdvisora prize based on the opinion of the users of the platform to choose the best destinations and companies in the tourism sector.

Colline topped the list, which was released annually in 2021, but this time lagged behind Tulemar Bungalows & Villas in Costa Rica. The luxury establishment in Serra Gaúcha opened in 2018 and belongs to the couple Jonas and Ana Clara Tomazi.

in conversation with the Forbes last year, when she came in first in the ranking, Ana Clara shared more about the Colline’s history and the hotel’s differences (little spoiler: the furniture is handmade and gilded with 24 carat gold). Look:

A STORY OF LOVE FOR FRANCE

The entrepreneur describes the Hill of France like a great love story. First, because it was built to bring the couple together: she and her husband decided to invest in the business so they could spend even more time together, at a time when she often had to travel for work. 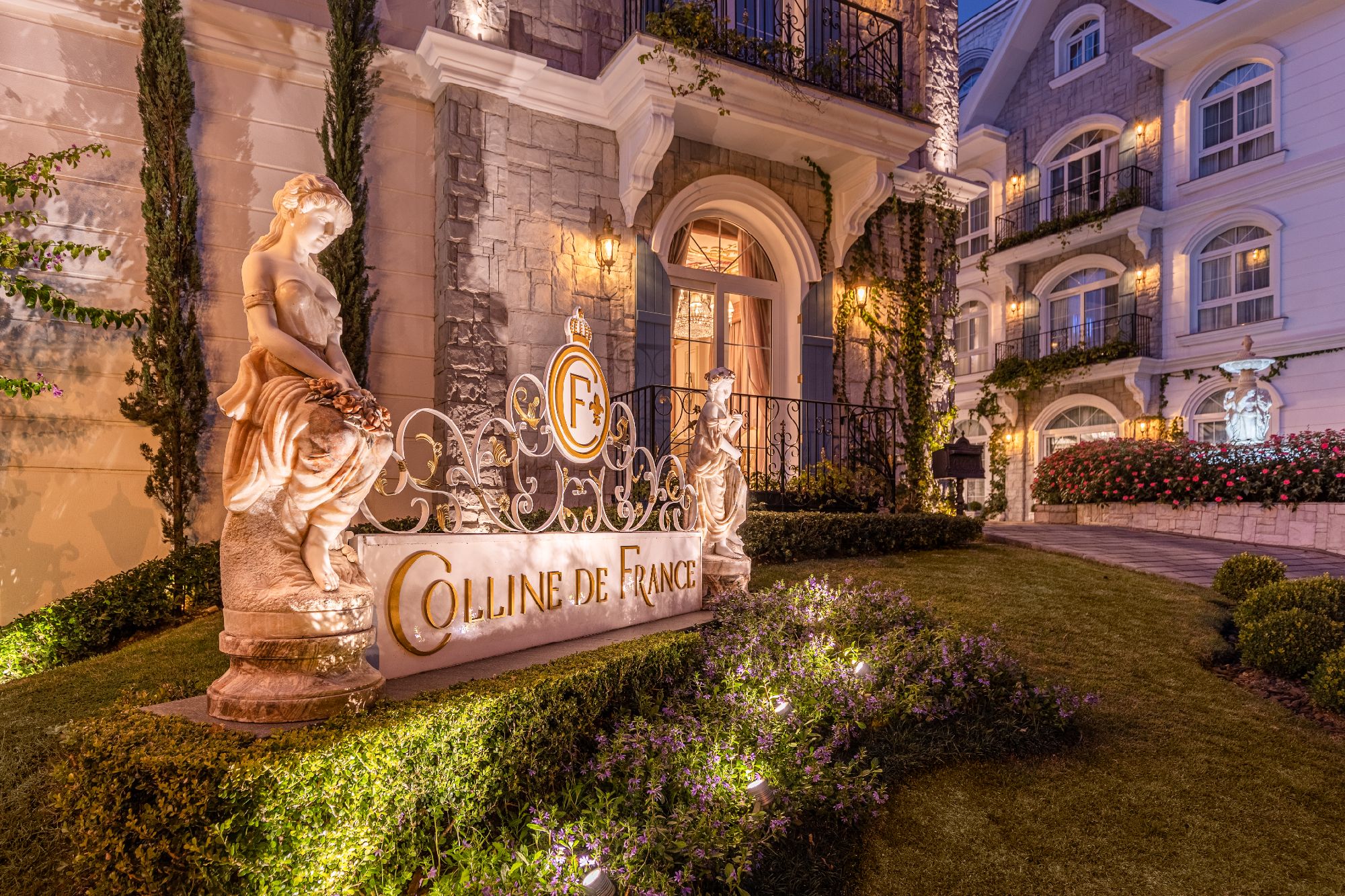 The Colline is all inspired by the French Second Empire

Then, because they’ve always been passionate about France, romance and decoration. “Gramado has a European touch and is home to many German, Italian, Swiss, Dutch – but not French – developments. We thought: why not save this essence of the city, which is lost with the arrival of the great resorts, and bring France, the land of eternal lovers? Then the eye shone,” she says.

This is how Colline was created, a small and intimate French retreat for couples and families, with only 34 rooms, in a quiet area away from the center of Gramado. The hotel is more specifically based on the second realm, inspiration that resounds in every corner of the property: in the decoration of the accommodations and common areas, in the gastronomy, in the outdoor bougainvillea garden and even in the small services. For example, when checking out, travelers go home with a box of madeleines, a typical French biscuit. “We want the experience to also be an intellectual immersion, in which we can give the guests a little more of that French time,” says the owner.

Everything about Colline has been thought through to perfection, even the scent. Concerned about having an olfactory identity throughout the hotel, the owners developed a peculiar aroma of their own, with hints of vanilla, mint and lavender – which can even be purchased.

The Imperial style is very much alive in the rooms of the Colline de France, with hand-carved furniture, beautiful chandeliers and ostentatious decor (but at the same time proposing to be cozy). There are five categories, from 22 to 42 square meters, each with its own decor and color palette inspired by major luxury brands such as Chanel, Fendi and Givenchy.

READ MORE: The Most Expensive Airbnb Homes in 10 Brazilian Cities

The most luxurious category, called Imperial, has six units with unique concepts and decorations, allowing “guests to stay with Coline ten times and experience completely different rooms in all the rooms,” explains Ana Clara. Some elements of the suites include whirlpool tubs (with chromotherapy, in Imperial units), 4K smart TVs, bathrooms with double sinks, and more than one shower.

All Colline de France bedding is Trussardi/Trousseau and the pillows and duvets are goose down.

All bed linen is Trussardi/Trousseau, 300 thread count Egyptian cotton. Pillows and duvets are made of goose down. And the amenities, from L’Occitane au Brésil, a category of the French product brand that gives a touch of Brazilian to the products.

Rates vary depending on the season, but start at R$600 in low season and can go up to over R$5,000 in high season.

Like any self-respecting French-inspired establishment, Colline also excels in gastronomy. Breakfast is one of the highlights of the stay, according to Ana Clara, and a different French delight is served every day, especially sweets such as crème brûlée, stuffed croissants and petit gâteau. All to the sound of classical music, played live on the piano.

The hotel also has a bistro, which combines French and Brazilian dishes for every taste. “We gave the menu a Brazilian twist because our audience is usually not French. We have more classic options, such as duck or carré, as they are made in France, to pasta, which is more commercial,” explains the owner. 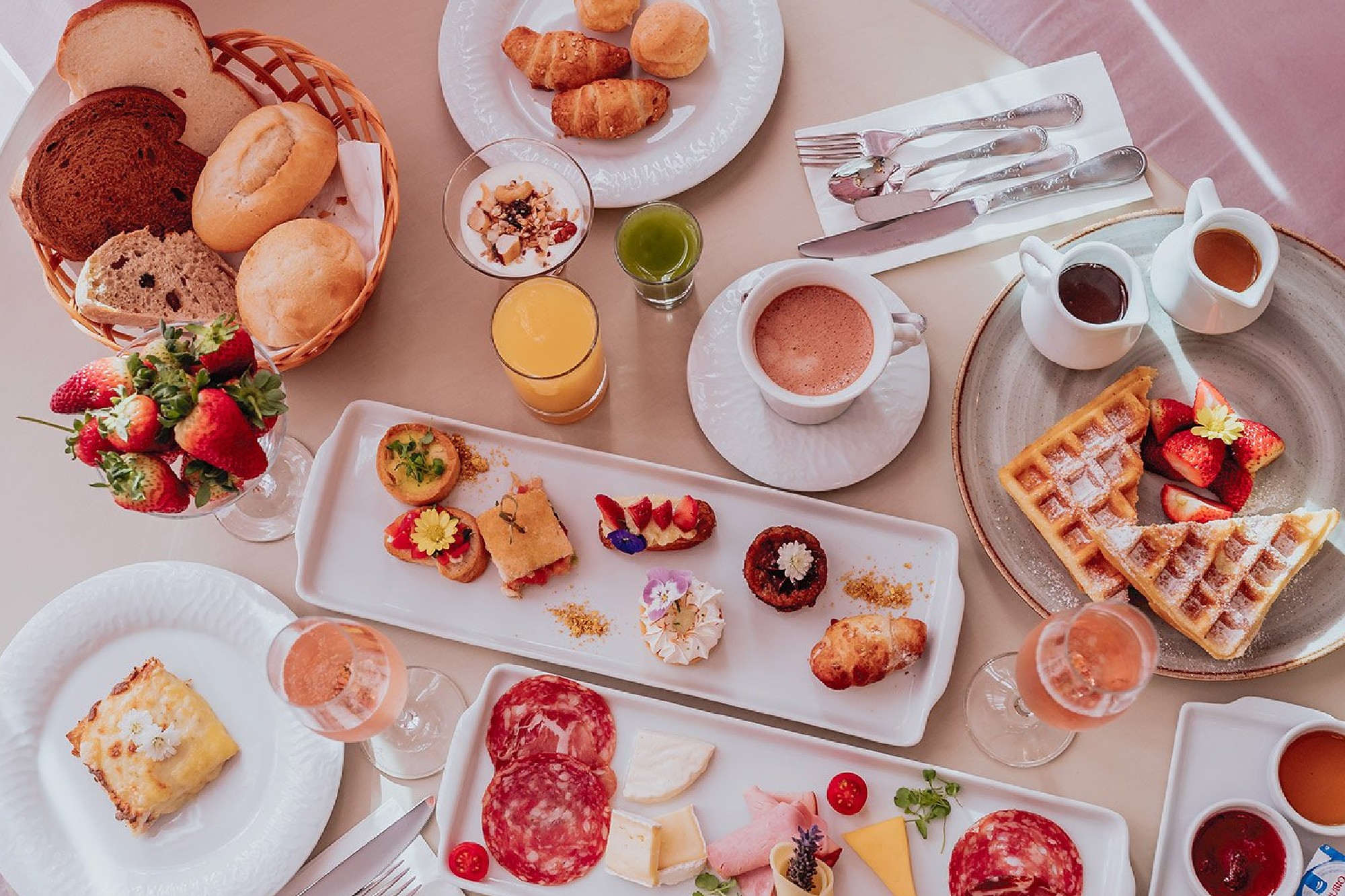 Colline’s breakfast is a highlight of the stay

The entire menu was created on the advice of pastry chef Amanda Selbach, a Brazilian graduate of the Paul Bocuse Institute in the French city of Lyon.

Quickly check out Colline’s traveler reviews on TripAdvisor to understand how the service and employees Make a difference. Of course, the luxurious decor and amenities are part of the guest experience, but the “human factor”, as Ana Clara likes to call it, is the hotel’s priority – and it’s also what she calls the best in the world. “We wondered how a small, intimate hotel without a large structure could reach this level. We came to the conclusion that it was solely and exclusively because of the service. He really made a difference,” he reveals.

According to the owner, Colline consists of small details and extras, so that the guest feels served at all times and does not have to move a finger to get hold of something. “There are so many details that are part of the service that the decoration takes a back seat,” he says modestly.

An example is check-in, when guests are welcomed with a bottle of sparkling wine and a tower of traditional French pastries. At night, when they return to their room to sleep, they find their beds made, blackouts closed, and a calming herbal tea for a good night’s sleep.

WHO IS BEHIND COLLINE

the grassman Jonas Tomazic, now 40 years old, grew up in contact with tourism. His family owns several businesses in the city, including other hotels and the snow landscape, snow amusement park popular with tourists. Despite the family business, Jonas worked as a broker until about four years ago to attract investments.

Already Ana Clara Grings Tomazic she has a degree in biomedicine, but for many years worked as the commercial director of the shoe brand Piccadilly, owned by her family. Married, the two saw in a house of Jonas’ parents in Lawn the opportunity to work together – and that’s when the idea for the hotel was born.

The couple Ana Clara and Jonas Tomazi, owners of Colline

After the old house was demolished, the Colline de France was built from scratch, with investment from millionaires from the owners’ pockets, contributions from four private investors and help from Fungetur, from the Ministry of Tourism. It took four years since the start of the project for the property to finally open on November 15, 2018.

View the details of the Colline de France hotel in the photo gallery below:

Download the Forbes Brazil app from the Play Store and App Store.

Also have Forbes on Google News.