The schedule was well thought out. It is on the occasion of Europe Day next Monday 9 May that the series parliament returns for another season. This fiction tells the adventures of Sami Cantor (Xavier Lacaille), a young parliamentary assistant. In the first season, he naively discovered the mysteries of the European Parliament by defending a text banning shark fin fishing. Two years have passed and Sami changes employers in the Season 2 introduction. He leaves the incapacitated Michel Specklin, a hidden French MP played by Philippe Duquesne, joins Valentijn’s office Cantel, an ambitious newly elected MEP.

We won’t tell you more about the twists and turns of Season 2, which generally offers an even deeper dive into the European institutions. The director of the series, Noé Debré, explains to us how the success of season 1 (2.5 million views on the France.tv Slash platform) allowed him to push the political side of this comedy for this successful sequel.

A recording in the Parliament of Strasbourg

This is one of the highlights of this season 2 of parliament† After the success of the first episodes, Noé Debré and his team got the approval of the MEPs to document the continuation of Sami’s adventures at the European Parliament headquarters in Strasbourg (although the series is set in Brussels).

“The first season we mainly shot in the Committee of the Regions, an annex of the European Parliament in Brussels. Strasbourg is a great playground. We shot in the middle of the parliamentary recess last summer. It was empty, so we could see a bit of what we wanted. We were frustrated to shoot in Brussels because we were in a very small building and we couldn’t really show the immensity of the parliament”says Noe Debre. 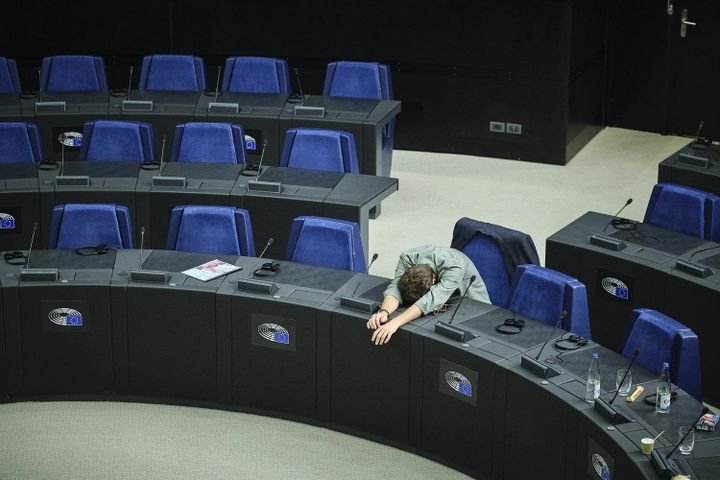 A focus on new settings

In Season 1, the viewer follows Sami’s internship as a parliamentary assistant. When he arrives in Brussels, the young Frenchman knows nothing about the workings of the European Parliament. Thanks to his bagou, he soon meets characters who – at the same time as in front of the camera – explain to him how the institute works and the power relations that exist there.

In the opening episode of Season 1, the Italian lobbyist Guido Bonafide explains to Sami what the mission of a MEP is. “An ordinance is like a law. We call it an ordinance, so we don’t offend national parliaments. And it’s your MP’s job to propose changes to this law.”†

“A regulation is like a law. We call it a regulation so that we do not offend the national parliaments”

“Because we managed to get people interested in the European Parliament, we told ourselves to continue. In season 2 we follow the negotiations between the Parliament, the Council of the European Union and the European Commission. So that Sami had voted his amendment in Season 1, the legislative process is not over yet. We wanted to have an interest in digging into Season 1 and not starting over in the same pattern”points to Noé Debre. 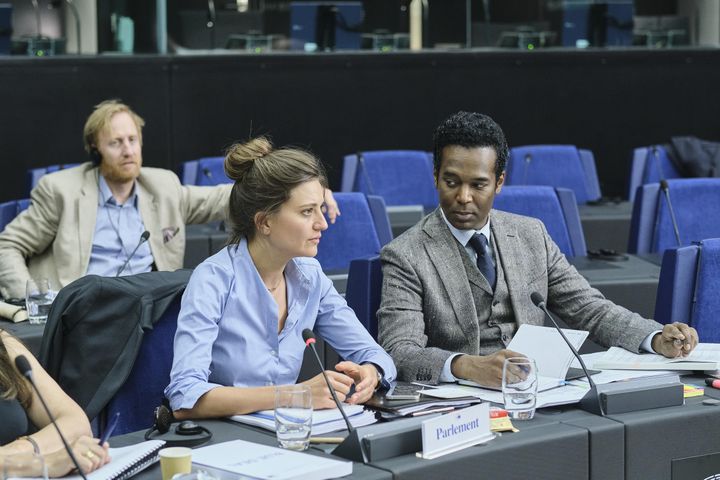 The strong point of Parliament, it must be very funny. In season 1, the humor of the dialogues is the means used by the screenwriters to interest the spectators in the European institutions.

“In the first season, we were afraid that the series would not be interesting, so we pushed for the comedic side to keep people interested. But I noticed that in season 1 the negotiation scenes were very successful. So in season 2 we are going through this scenes. I decided to take on more to do a political comedy”laughs Noe Debre.

When the slider is pressed for a little more realism, parliament remains a comedy with wacky scenes. That’s good, because according to Noé Debré, MEPs have a lot of humor. “People who work in the institutions say themselves that they work in the ‘bubble’. There is something dizzying, because MEPs make decisions that affect millions of citizens. And at the same time they are “quite incognito. Because they are not attached to imagining problems all day long like French politicians, they are less rigid in the way they communicate with the media and there is a lot of humor in parliament.” judgment of the director.

The episodes of season 2 of the series parliament will be broadcast every Monday evening at 9 p.m. on France 5 from Monday 9 May. Both seasons are available in full and for free on the france.tv Slash platform.