“What do you want to be when you grow up?” the question is. It allows children to travel to the future and design themselves. So did Cíntia Lins, one of the head brains of Panelinhas do Brasil. With a nationwide expansion project, the restaurant franchise chain focusing on typical Brazilian food opened another unit this Monday (9/5). This time at the Shopping Diamond Mall in Belo Horizonte.

He was born in Cíntia Paraíba but grew up in Brasilia. In an interview with Coluna Claudia Meireles, she revealed that the beginning of her professional life took place when she was still young. Dedication, effort and willpower are words that run through the veins of the business woman forever. The partner of Panelinhas do Brasil started working as a marketer in clothing stores in a shopping mall at the age of 14. “Only those who work at the mall know the pressure to sell,” she emphasizes.

Seeking professional development, Cíntia had a great opportunity at the age of 18. Switched to the banking system. He later became the general manager of an agency. Faced with such endowment and dedication, Cíntia earned the position of manager of the Midwest. However, this was not enough for the young woman who wanted to embark on a new adventure.

Hours of study and analysis on entrepreneurship led to Cíntia acquiring its first food franchise. At that time, she was 24 years old. Three years later, the businesswoman partnered with more than 12 restaurants of different brands. While taking steps in his career, Brasília-based Paraíba did not hesitate to invest in training to manage the business well.

First, the co-founder of Panelinhas do Brasil graduated in business administration from the Catholic University of Brasília (UCB) in 2018. At the beginning of the year, it was his turn to receive his diploma in gastronomy from Iesb. If you thought Cíntia boasted of both formations when the Brazilian food restaurant franchise network emerged in 2013, you’d be wrong.

“At Panelinhas do Brasil, like any other company, everything is based on selling brands, products, services and experiences”

Responsible for an important job

The first restaurant was founded in 2012 by Luiz Carlos Carvalho. franchise. However, the company has previously showcased the Panelinhas do Brasil brand and served dishes in famous ceramic containers. “In 2013, my ex-husband and partner Eric Furtado learned of the operation and got the idea to buy the brand and turn it into a franchise network. It fell to me to bring this idea to life”, shares Cíntia.

Initially, Paraíba worked by selling franchises and with the opening of restaurants began managing team training and the quality of services provided by the franchises. “With the growth of the chain, I began to focus on expanding the brand to other states. Currently, the management of the franchisor and franchise network is carried out by professionals caught in the market.”

The businesswoman jokes that the entrepreneur in Brazil is “a mix of hero and madman”. “He is a hero because the entire state bureaucracy has to face archaic legislation and stigma of dishonesty; crazy because only he, a businessman, sees the possibility of this dream come true. We’ve seen a growing market in the food franchise business and especially typical Brazilian food,” she says. 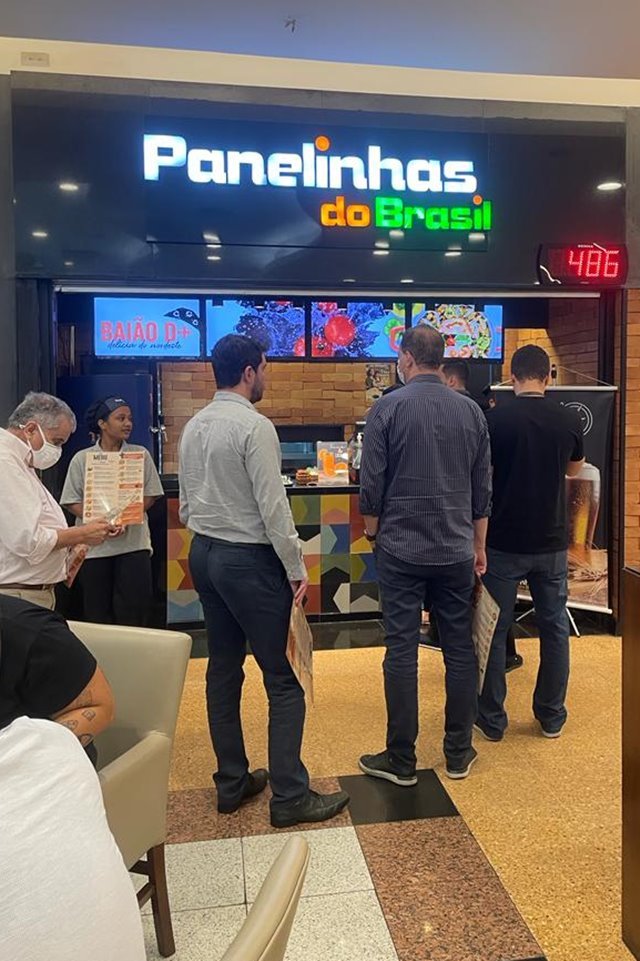 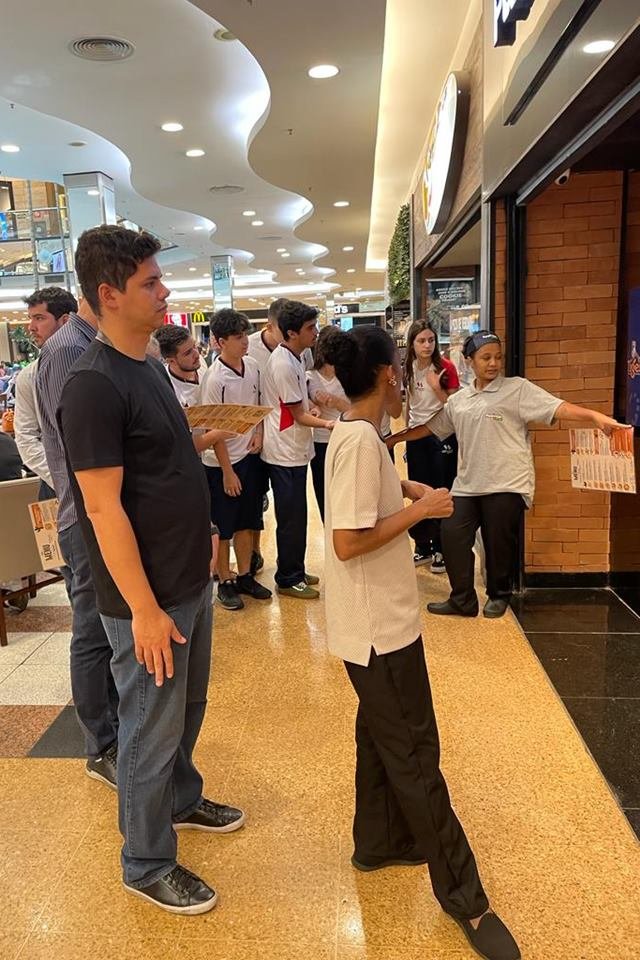 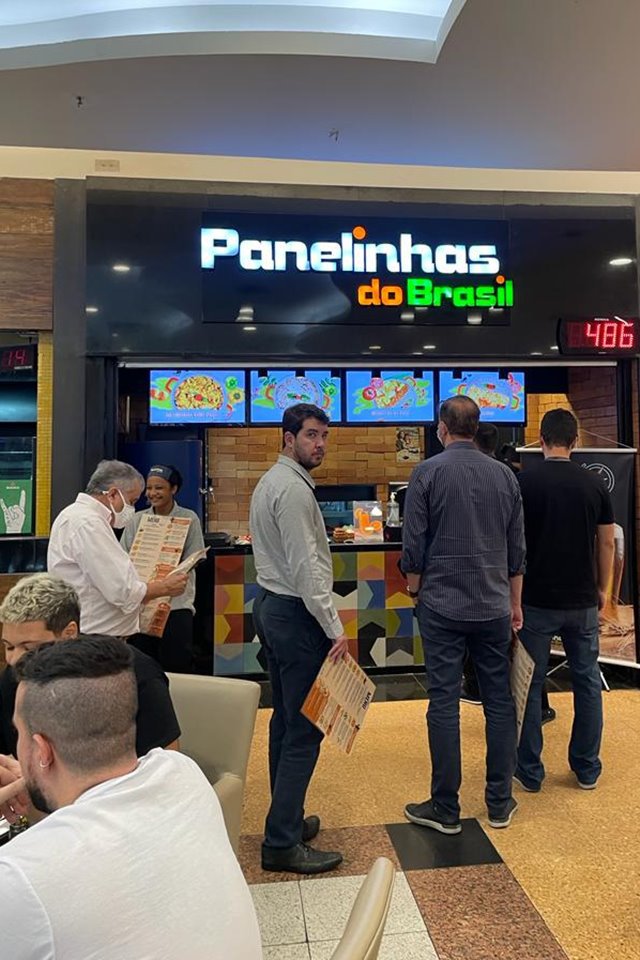 But why typical Brazilian food? “If you go to the food court in any mall today, you will find Japanese, Italian, American, Chinese, steakhouses etc. You will see that it is. But we don’t sell typical Brazilian food; Actually, we didn’t! Panelinhas do Brasil sells these local dishes that remind you of your home, your home. My favorite dishes are Galinhada com Pequi and Baião de Dois, the great representatives of Brazilian cuisine.

The co-founder of the brand speaks about the challenges women entrepreneurs face today.

“Among so many challenges, one of the most important is to be respected, no doubt. It was usual to attend an important meeting and the addressee asked me when the company representative would arrive. Machismo is embedded in all spheres, but especially in dealing with Public Power. We women are subjected to this disrespect at home, at work and in everyday life. We cannot bow our heads and must respond to it with professionalism and competence. We owe nothing, absolutely nothing, in relation to the work developed by men who are great partners in life and work at any time,” says Cíntia Lins.

Currently, Panelinhas do Brasil collects 15 restaurants “spread across Brazil”. Gastronomy etiquette not only sighs the customer, but also helps those in need in social projects. In fact, one of them was fundamental to maintaining employment of “all workers” during the pandemic. One of the ways the trio of partners found to continue working was through partnerships with companies and government agencies.

“I am so proud of it! As everyone knows, the restaurant area, especially working in shopping malls, has been heavily affected by the pandemic. Restaurants that could not function would lose all their food stocks and cooks would lose their jobs. That’s why we had the idea to provide free food to the needy community of the Federal District, which has also suffered greatly from the consequences of the pandemic,” says the partner. “The cooks kept their jobs and produced the hot meals, and the meals were purchased with donations from friends and business partners. In short, it was a social act aimed at keeping jobs and quenching the hunger of the most needy, with donations from people who care about others.”

The owners aim for Panelinhas do Brasil to grow by around 20% by 2023. They launched new products and sales channels to achieve the goal. “Next month, from June 22-25, we will be participating as exhibitors at the ABF Franchising Expo in São Paulo with the aim of creating new business and opening more units in the Southwest region, where we are now strategically focused. Therefore, if there are those who are interested, we will not be left behind to evaluate the opportunities in other regions.”

“Today, with my two partners, I focus on the strategic area, the vision for the future. We see incredible potential in the technological revolution in dealing with consumers and to expand to other states. Our projects revolve around this”