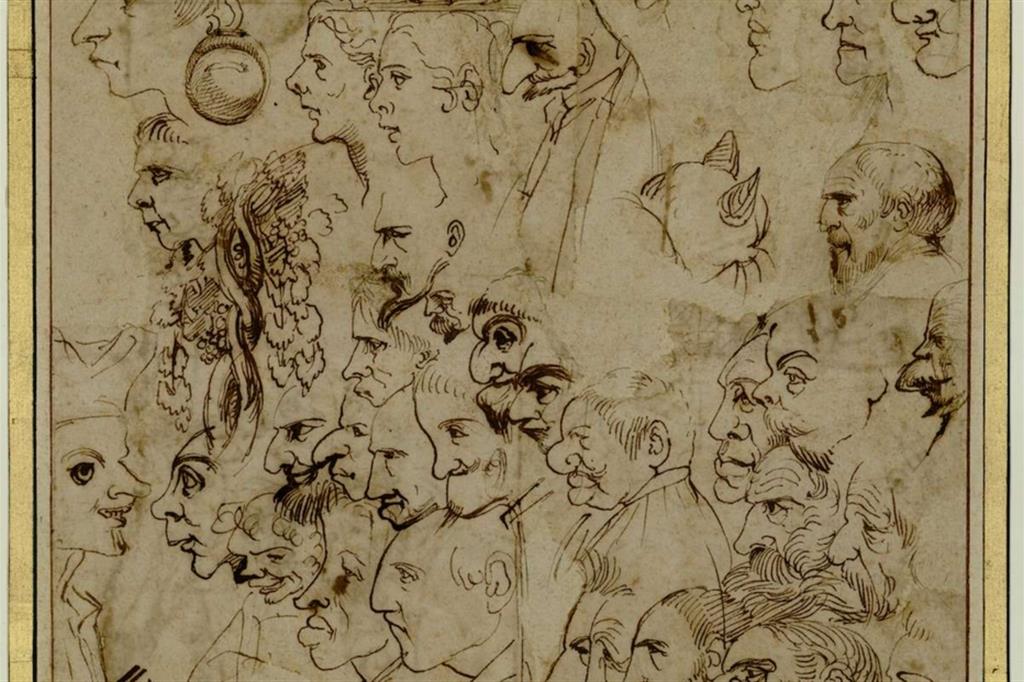 Detail of a drawing by Agostino Carracci -.

Indeed, since ancient times, as evidenced by the rock graffiti, since ancient times, as evidenced by the rock graffiti, the most appropriate support for the “externalization” of man long before the social figure of the artist came into play. Perhaps it is surprising today to consider that in the first two centuries of the Christian era, as Pliny the Younger recalls in a letter, the phenomenon of scribbles and writings by common people spread on the walls of Rome. Between a house and an inn, a brothel or a holy place, in the marketplace or in schools, the Roman plebs put down their plates, knowing that the message would reach the people and the representatives of power. In fact, those who run public affairs have always paid close attention to these “rebellious” or Goliardian manifestations, the content of which even then was burlesque, erotic, mocking, poetic, but also devotional. Knowing that Pompeii was at the top of the urban graffiti map (apparently there were over ten thousand, at least three times that of Rome) can be surprising. A passer-by at the time had written ironically, “I am amazed, oh wall, that you have not yet succumbed to the weight of so many writings.” The Pompeian phenomenon may indicate greater freedom of speech in the periphery than in the empire’s capital.

In the mid-nineteenth century, the magazine “Civiltà Cattolica” announced the discovery of a “blasphemous graffiti” in the Imperial Palace on the Palatine Hill: it represented a figure denoting a crucified man whose head, however, is that of a donkey . It was interpolated by some Greek words that said “Alexameno worships god”. The appearance is that of a newspaper cartoon, with some essential but penetrating features and the message fused with the image. In 1856, the Jesuit Raffaele Garrucci had no doubt that the author of the mockery was a pupil of the Paedagogium who turned against a fellow Christian: he did not limit himself to mocking the believer, but started striking the image of the crucified God. depicted with the head of a donkey (in short as an idol). The world doesn’t seem to have changed much since then. Even today, the walls of our cities are often smeared with writings or drawings that almost always carry a rebellious charge, sometimes in more than offensive shades.

In the years of the protest and then in the leaden walls of the cities, those of the universities and their latrines, aggressive drawings and writings spread in the name of freedom. But even today, prisons and schools, stadiums and metropolitan subways are overflowing with “designs” with derogatory charges, usually against a power. They are symptoms of an unease, a revolt, a boredom dictated by an existential emptiness that many experience. The reasons were to be found in the conflict between individual drives and social control that Freud formulated as early as the 1930s essay The discomfort of civilization, subsequently adopted and reinforced in an antirepressive sense by the theorems of Marcuse and Foucault.

A drawing by Pierre Alechinsky from “Écritures trouvées” (1974) -.

See the exhibition Gribouillage/Scarabocchio proposing Villa Medici for a few more weeks, one has the feeling that the rebellious content is devitalized in an aesthetic and artistic discourse, where at most an individual rather than collective schizophrenia emerges. One may wonder whether art today is not the channel where social impulses are channeled so that they explode in a controlled space (isn’t that the main function of television?), that of images. For example, the aesthetic dominates in Brassaï’s beautiful photographic cycle devoted to urban graffiti. So what is a scribble? In response, we could paraphrase a famous verse by Gertrude Stein: Scribble is a scribble is a scribble is a scribble. When Stein wrote in 1913: Saint Emily “Rosa is a rose is a rose is a rose” he tells us he is talking about a real rose, this rose would say Wittgenstein, and the first rose the verse generates, appears to have been the name of a real person. Perhaps Stein’s rose was in Duchamp’s mind when in 1921 he wore the clothes in Rrose Sélavy, a name that has been interpreted in various ways, with Rose being the anagram of eros and Sélavy the nominal transposition of “c’est la vie”. 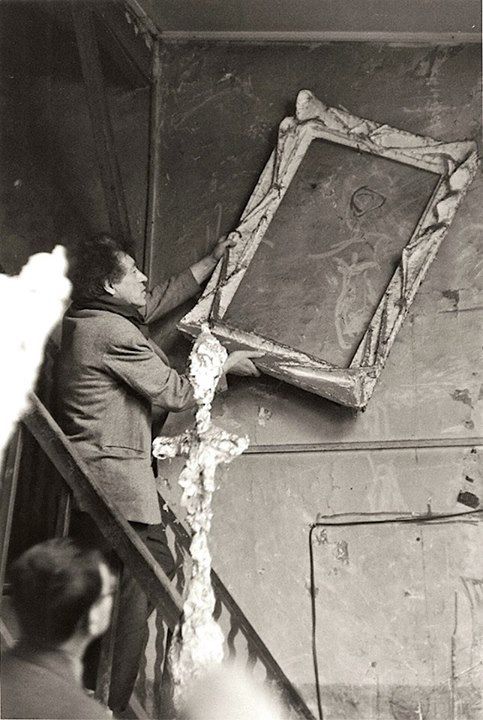 Giacometti tries to frame a doodle in his studio (1958), photo by Inge Morath -.

In any case, applying Stein’s identity model to the scribble avoids falling into the trap that shows her doodles it tends to the viewer frame after frame, then with the reflections of various scholars in the French catalog edited by Francesca Alberti and Diane H. Bodart. For example, Mauro Mussolin studies the presence of the scribble in Michelangelo’s drawings. Clumsy sketching, effortless, obscure or indecipherable sign, cancelling, jumble of corrections … “what unites the different meanings of the term is the constant lack of order or rule, which does not prevent the scribble by an expert hand. is traced … So masterly scribbles are made, when the mind of the artist freely enters the territory of marginality and formal anarchy, expressing itself in a language without code » And Michelangelo is this artist. Even when he scribbles, he is never distracted, always takes himself seriously, his hand is alert and shows “signs of tremendous conceptual tension”.

It’s hard to imagine Michelangelo scribbling pleasantly like many of us do when office meetings pressure yawning. Our coils are but banal remnants of a much higher practice corresponding to caveats that often appear at the edges of old codices. This is also where the therapeutic path opens: how many psychiatrists have used signs to understand the causes of the malaise that disturbs the minds of their patients? The problem was explored in 1959 by the psychiatrist Jean Vinchon in the essay The magic of drawing. From automatic drawing to therapeutic drawing. But what about the scribbles and surreal images in the posthumous pre-book? Rosso by Jung? This is a trend too much exploited by critics to bridge the gap between art and madness (think Jaspers’ sharp reflections on Van Gogh), but today it threatens to be the absolute viaticum that makes all art symptomatic or sociological. .

The Art Brut, which Dubuffet baptized in 1945 and which is documented to be on display, is still interesting, as long as we don’t assume that none of us are normal because we all have a germ of schizophrenia. It can become the excuse to say that there is an artist in every strange man and that art and madness are involved. If man is creative by nature and yet has the starting gift, he becomes an artist with patience and method. How much rationality, intention, will and meaning is there in a sign that can never be equated with the trail the snail leaves with its crystalline slime, pulling a totally random jumble? Madness is not this headless and stochastic state, but neither is it the ideal condition for thinking about art. Hugo Daniel remembers i crazy drawings that Robert Desnos had published in the magazine “Les Feuilles libres” in 1924, signing himself with the name given to him by the poet Paul Eluard, to the essay The genius without a mirror. A “game” that confirmed the surreal notion of the magic of art. “We will never have the right gaze to fully understand the thoughts hidden in these signs,” Mussolin writes. It could also be the most relevant answer to the graffiti of Twombly or Michaux, to that of Wols and Fautrier, or to that of Fontana and Per Kirkeby (why not Beuys?), each with its own “case”, certainly not generic attributable to the nonsense of an automatic art that in corpse sketch finds its conceptual fiction, down to the erotic Spasm Images from Dali.

But despite any recognition that establishes the identity “A is A”, the principle of the insignificance of art falls away, which, as Jacques Rivière once wrote, cannot but have meaning. Therefore, the scribble could only do without any claim to art and, as it often was until yesterday, remain “on the margins of art history” (Hugo Daniel). But that is precisely why the avant-garde has started working on it. And it wouldn’t be inappropriate to say that the jumble of characters is trying to exploit the meaning of the ending. What is revealed in the incredible study for the Boy kidnapped by death by Stefano Della Bella (1648).

However, it is true that when Picasso, Miró, Pollock, Steiberg, Brancusi, Appel, Klee immerse themselves in the mystery of this “diversity”, where infantilism, madness, primitivism share, they take it as an expressive theme. They are not innocent. From ‘incult’ art, in Leonardo’s words – which still appears on the walls, but also on the backs of the works of Bellini, Raphael, Annibale Carracci, Rembrandt, Signorelli, Pontormo – to programmed art, a discourse from which moderns rarely escape, in search of an origin that may never have existed, at least in the way we think of it. 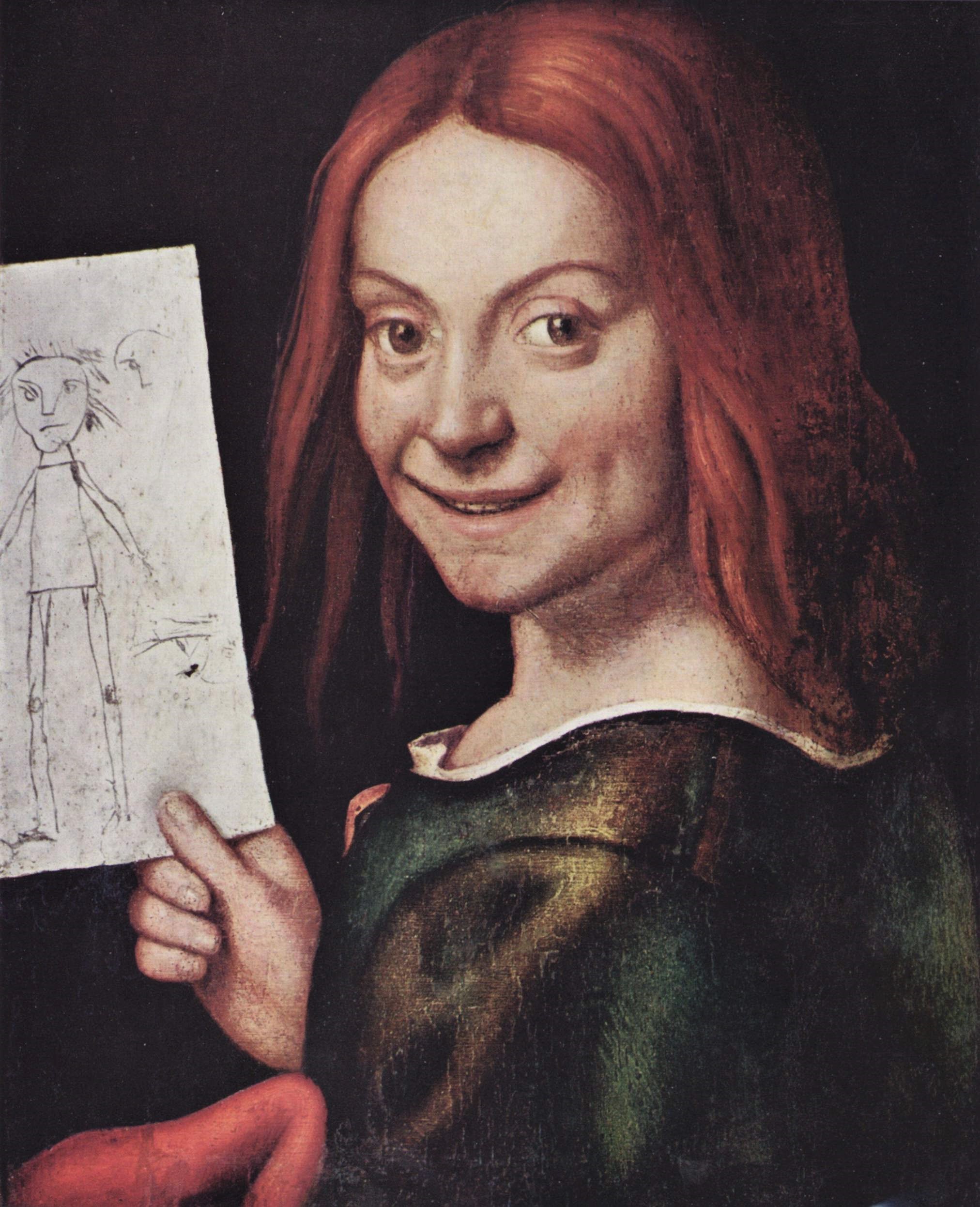 Indeed, yes: the only historical constant of scribbling through the ages is that of childlike drawing, always equal to itself as an engram of the human spirit being born. Ultimately, this universe condenses into the photographic image of Inge Morath who sees Alberto Giacometti on a ladder while trying to frame a scribble on the wall of his studio. After all, art is made of nothing.