The 59th International Art Exhibition, better known as “the Biennale”, after the name of the foundation that organizes it, will open in Venice from April 23. It is one of the most important and long-lasting exhibitions of modern art in the world, and the largest in Italy. Born in 1890 at the initiative of a group of local intellectuals, it was conceived from the outset as “a biannual series of artistic exhibitions, partly free, partly by invitation”.

The 59th exhibition – which will remain open until November 27 – marked both the return of the art exhibition to Venice, after the three-year hiatus due to the pandemic and the alternation with the biennial architecture exhibition, and the return of the public at full capacity. The only restriction still in force concerns the use of masks, required in the pavilions, especially those completely closed.

Over the years, the Biennale has expanded throughout Venice, including the islands of the lagoon, but has always had the old Castello Gardens as its main center, built in the early nineteenth century by Napoleonic decree and then best known under the name of the exhibition they are hosting. † 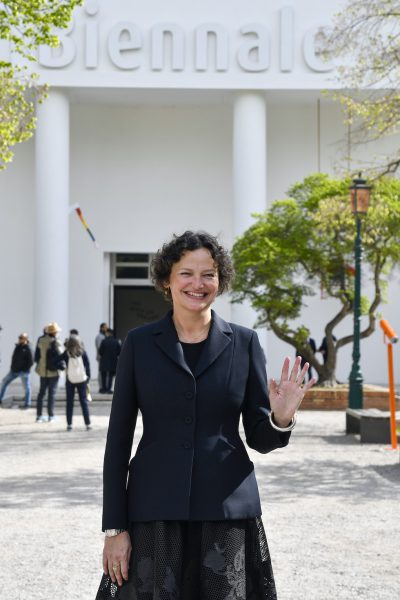 Before being used almost entirely for the Biennale, the gardens housed an elephant donated to the city in the 1800s by the Italian royal family, whom the Venetians called “Toni” or the “prisoner of the gardens”. Upon entering the central pavilion – the main structure of the exhibition – the public is greeted by the statue of an elephant, created by German artist Katharina Fritsch, awarded the Golden Lion for Lifetime Achievement. The statue, in that position, was commissioned by this year’s curator, Cecilia Alemani – former artistic director of the High Line park in New York – who, with a reference to the ancient attraction of the Venetians, suggests the leitmotif of the exhibition. , titled The milk of dreams†

The title refers to a children’s book by British author and illustrator Leonora Carrington, set in a fantasy world inhabited by mutated creatures born of the imagination. Examples of these creatures, revisited, surround the central pavilion on the outside and then reappear in the other places of the exhibition.

Based on Carrington’s visual language, Alemani has devised an exhibition that develops around three themes: the representation of bodies and their metamorphoses, the relationship between individuals and technologies, the connection between bodies and the earth. With these themes, the Biennale more generally proposes a less anthropocentric world view. “The pressures of technological change, the escalation of social tensions, the outbreak of the pandemic and the looming threat of environmental disasters remind us every day that we are not invincible or self-sufficient, but part of a symbiotic network of mutual dependencies that bind us to each other, to other species, and to the planet as a whole,” Alemani explained. 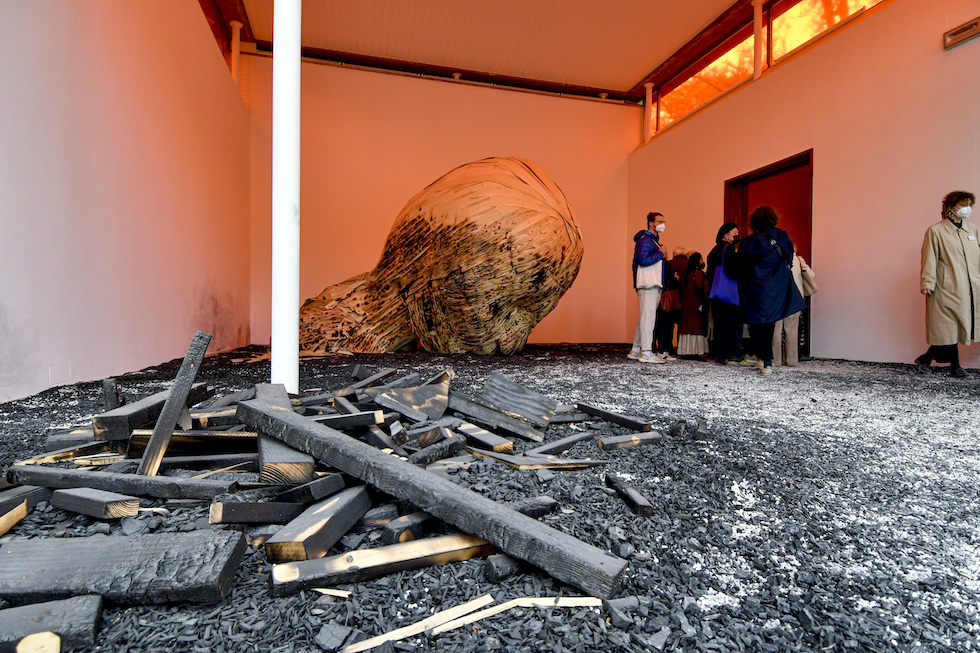 This year’s Biennale hosts the work of 213 artists, most of them arranged in the exhibition spaces allocated to the participating countries, some owners of the pavilions since the early twentieth century, such as Belgium, Germany, Hungary and the United Kingdom , others housed in temporary spaces. Most of the pavilions are located between the Giardini and the Arsenale, but they are spread not only throughout the city – from Giudecca to Piazza San Marco – but also on some islands of the lagoon, such as in San Servolo and Charterhouse Island.

Some of the pavilions, such as those of Denmark, Saudi Arabia, Switzerland, Austria, Romania and South Korea, are closely linked in a rather obvious way to this year’s themes, with installations depicting imaginary creatures and spheres, environments that have been worn through time. natural elements fighting for survival and analysis of human relationships, even intimate ones (as can be seen in the Romanian Pavilion). The Italian one, on the other hand, is located in the Arsenale and, unlike previous editions, houses only one major work by one artist, Gian Maria Tosatti. History of the night e The fate of the comets it tells the story of the Italian economic miracle in two parts, between industrial and domestic scenarios, and using some visual and literary quotes, such as Pasolini’s fireflies. The work thus reconnects with the complicated relationship between man and nature.

But as always, the many places of the Biennale also allow you to experience the exhibition in a personal way, between different and seemingly unrelated experiences. This is the case, for example, at the United Kingdom pavilion, winner of the Golden Lion for best national participation, divided into several rooms in which British singers perform together or individually; or the Greek, which houses the installation Oedipus in search of Colonus by director Loukia Alavanou. To see it, you will be guided into the pavilion, where a dozen stations have been set up for augmented reality after dark. At that point, one is isolated from the environment and carrying a viewer is projected into a Roma camp in Nea Zoi, near Athens, where improvised local actors perform the opera. 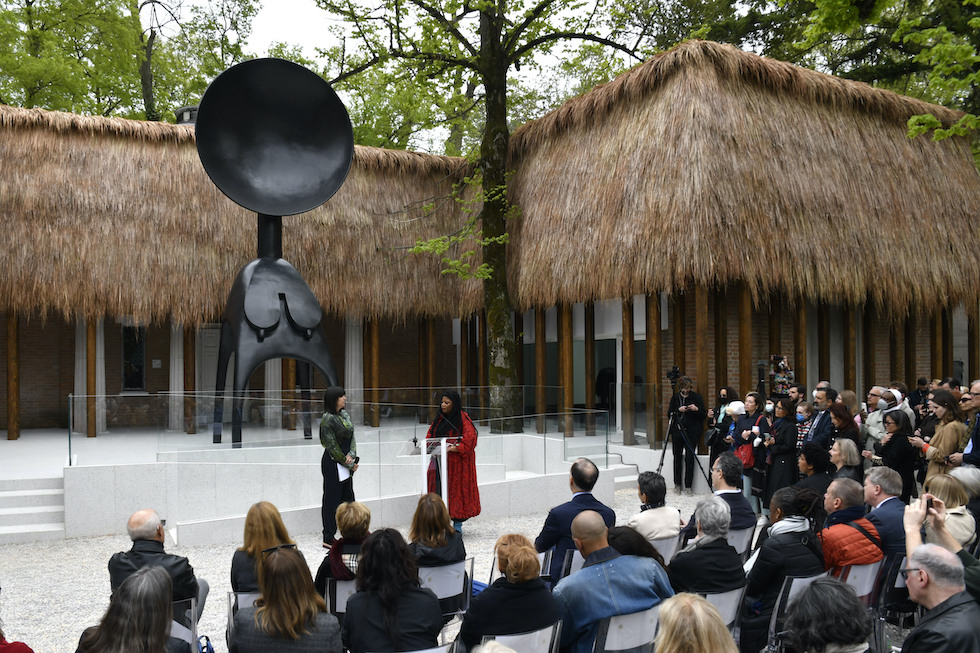 The presentation of the American Pavilion (AP Photo / Luigi Costantini)

Another pavilion that easily stands out is the American Pavilion, whose neo-Palladian style structure has been transformed into tribal architecture that already anticipates from a distance the theme of the installation created by the sculptor Simone Leigh: the artistic traditions of Africa and the African diaspora.

In addition to the national pavilions, between the gardens and the Arsenale there are five so-called historical capsules in which Alemani, the first Italian woman to curate the Biennale, wanted to bring together works and objects from all over the world that explore the themes of the exhibition and that they are “artists and cultural figures whose work has over time been overshadowed by predominantly male narratives”.

This year’s edition was also dominated by the international context in which the exhibition was organized. The Russian Pavilion, one of the largest structures in the gardens, is closed: in February, the curator and the artists resigned after the invasion of Ukraine, stopping their participation. A few meters from the Russian building – guarded by guards after the protests of the first days – the so-called “Ukraine Square” was set up in a green space, where some works surround a pile of sandbags, such as those used to protect the monuments against the battles. The Ukrainian pavilion, on the other hand, is in the Arsenale and the curators are the same. 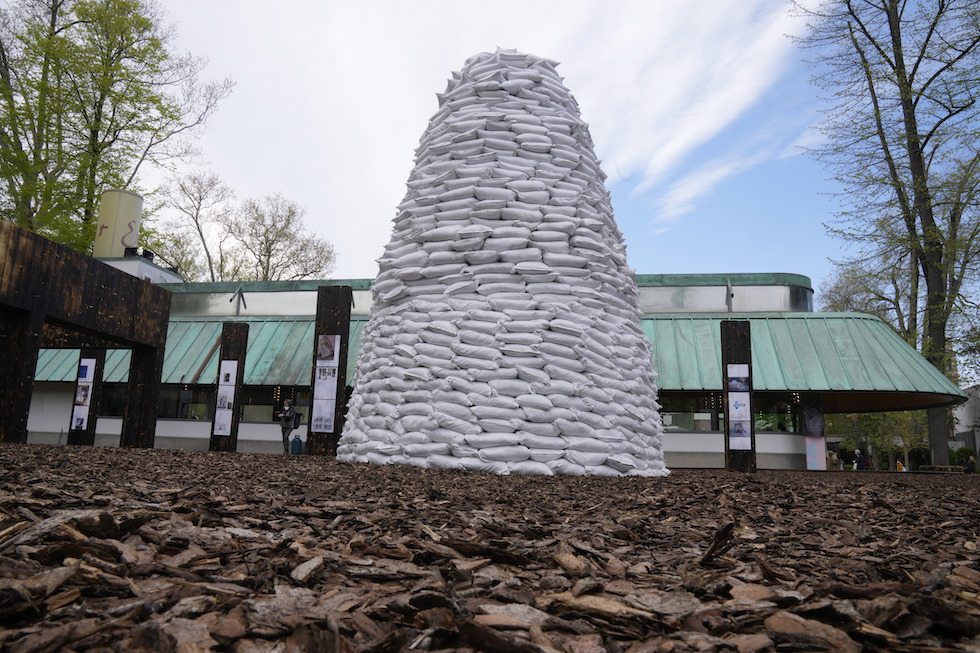 The installation in “Piazza Ukraine” (LaPresse) 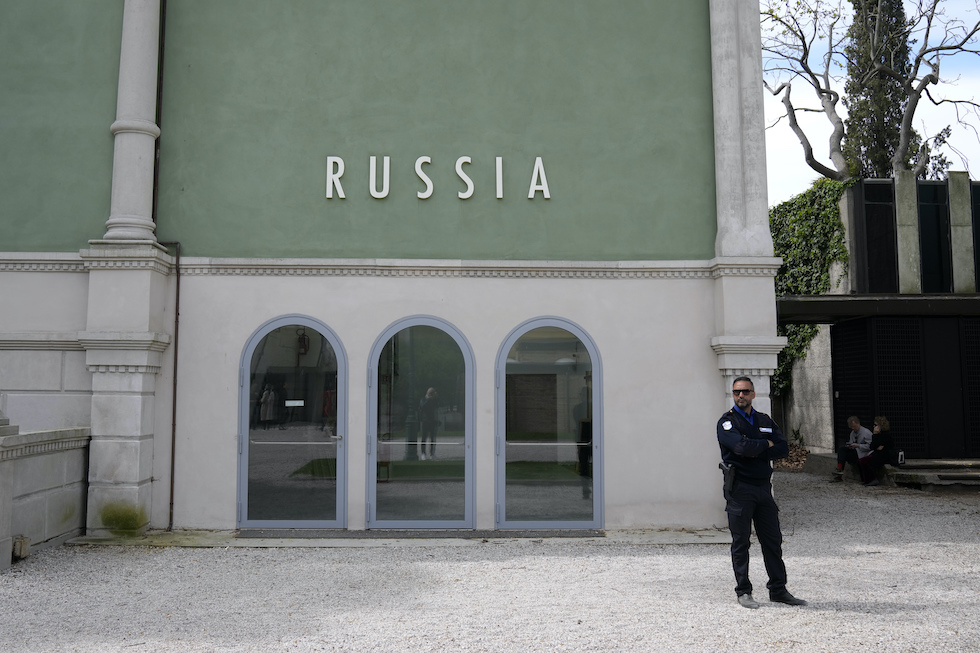 The spaces in the city were also enriched with the opening of the Procuratie Vecchie in Piazza San Marco, next to the Clock Tower. Named after the St. Mark’s Prosecutors – the highest-ranking Venetian authorities after the Doge – who once lived there, they were restored by British architect David Chipperfield and opened to the public under the concession of Assicurazioni Generali, the group that owns the buildings, after nearly five centuries. During the same period of the Biennale, the Procuratie Vecchie will host an exhibition by the Ukrainian naturalized American sculptor Louise Nevelson, former curator of the American pavilion in the Giardini. Here all useful information for visiting the events of the Biennale.

– Read also: The history of Venice in the words it left us