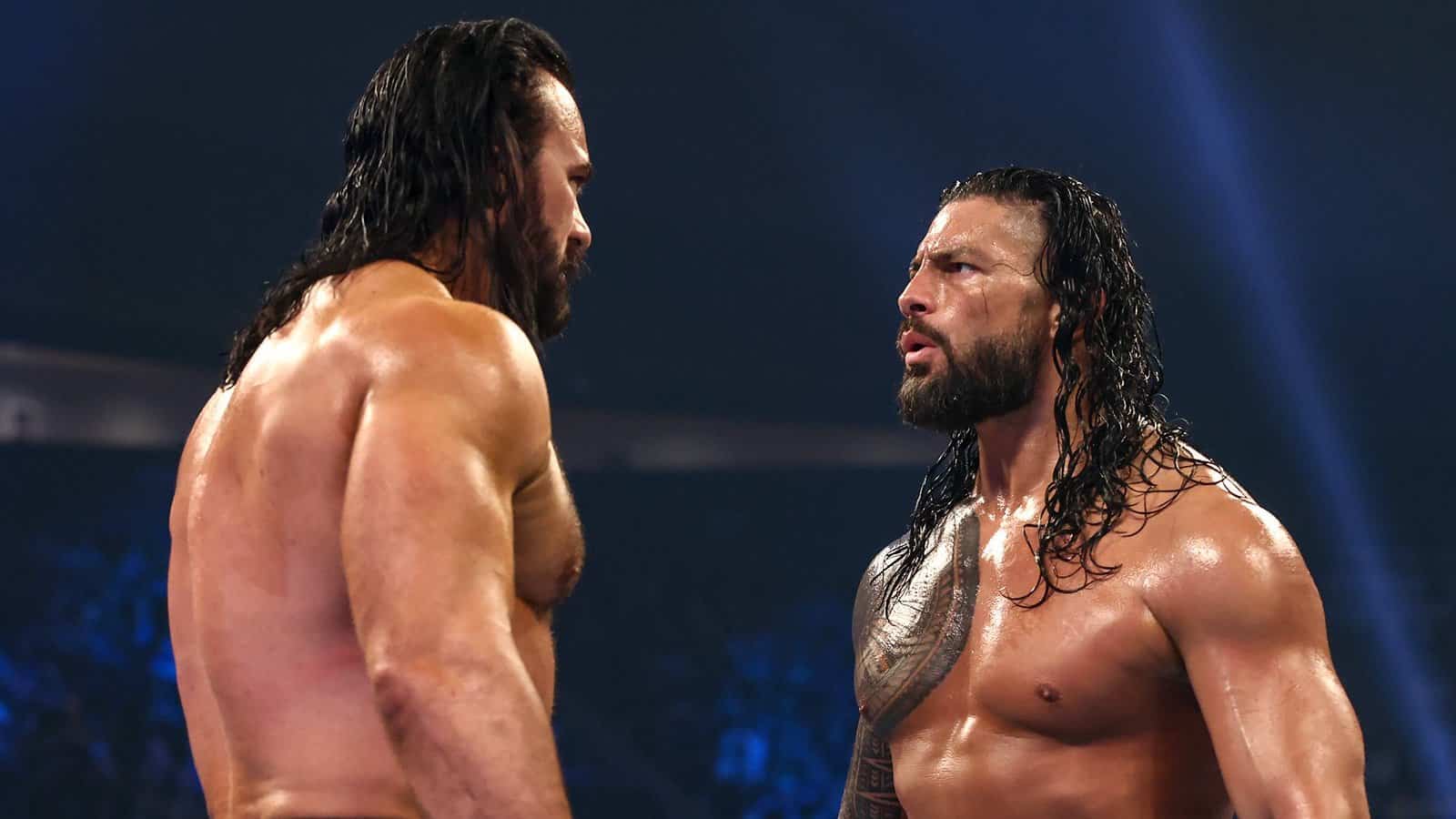 This Sunday saw WWE WrestleMania Backlash 2022, the scene of several WrestleMania 38 rematches, including one for the SmackDown Championship title and a three-on-three between the Bloodline and the trio of Drew McIntyre, Randy Orton and Riddle.

So the big men’s titles and tag team titles of RAW and SmackDown were not at stake, with the entire Bloodline facing Drew McIntyre’s team and the RK-Bro.

Cody Rhodes and Seth Rollins are already on a third date

The opener of the evening is the rematch between Cody Rhodes and Seth Rollins who this time is hopefully ready for his opponent.

Cody Rhodes by Seth Rollins by pinfall with a roll-up while holding his opponent’s pants, against another roll-up from Rollins also holding his pants.

Don’t be fooled by the end result, he is there to justify a third match and probably with a stipulation that will end the rivalry. Meanwhile, it’s a great game with everything you need to hang from your seat. Lots of nearfalls, a clockwork performance and some great attempts to drive the crowd crazy. It’s almost too good for an opener, because behind it will be needed.

Behind it is Bobby Lashley who is entitled to a great promo video and who faces the giant Omos.

Bobby Lashley was beaten by a pinfall with his tree slam, after MVP punched Lashley in the face with his cane in the corner of the ring while the ref didn’t see him.

Lashley for a moment made us believe he could beat the giant, the Hurt Lock almost uprooted Omos, but he got away with it and managed to regain the advantage to win. Good match, even if we don’t see much interest in pushing Omos.

Edge got a backup Rhea Ripley

New WrestleMania 38 rematch: AJ Styles takes on Edge again and takes Damian Priest out of ringside by beating him on RAW.

Edge a battu AJ Styles by submission with a sleeper. Good match, AJ Styles was in a ruthless mood, eager for revenge. The final with distraction was expected earlier.

Damian Priest came back up the ramp to taunt AJ Styles, but Finn Bálor intervened to stop him… he went into the ring with him. Styles wants to take advantage of the distraction to throw himself off the top rope, but a person in a hoodie trips him. Edge takes the opportunity to wear the sleeper to win the match. Unsurprisingly, the person under the sweatshirt was Rhea Ripley who joins the Judgment Day clan.

The only championship game of the evening, Charlotte Flair takes on Ronda Rousey again in a I stop matching to defend the SmackDown Championship title.

Ronda Rousey didn’t want to give up, Charlotte Flair then dropped a “Happy Mother’s Day” enough to annoy the challenger who grabs the chair and takes the arm brace to force the champ to say she’s giving up. However, it is known that one should never trigger a wrestler or a wrestler with one’s family. Good match in any case, way above their WrestleMania match.

Rousey’s win was expected but we’re surprised she was clean. Charlotte Flair’s injury has been announced but we suspect it will justify an absence in the coming weeks.

Madcap Moss and Happy Corbin face each other in the next match. Or as we say at home: It’s the break.

Madcap Moss a battu Happy Corbin by falling with a sunset flip.

A match largely dominated by Corbin with a win at sunset out of nowhere from Moss for the win. The competition is reasonable, good for a week, they would say.

The main event of the pay-per-view therefore sees the team of Drew McIntyre and the RK-Bro take on the Bloodline of Roman Reigns and the Usos.

Roman Reigns and The Usos defeated Drew McIntyre & RK-Bro by a pinfall with a spear from Roman Reigns on Riddle, who had just RKO’d Jey Uso.

A fun main event, even if it looks like the end of a RAW episode, only a little better. As is often the case in these types of configurations, the start is slow and timid, but the action builds up gradually. The public followed closely. The tension between Roman Reigns and Drew McIntyre was palpable, a few moments to let us know McIntyre is the next challenger, but nothing concrete yet.

With victory in hand, the entire Bloodline celebrates in the ring to end the show.

WrestleMania Backlash is a temporary pay-per-view. We’re a little surprised that no match was added to the map along the way and there are no surprises. The only event of the evening is the victory of Ronda Rousey. Still a good point for the action throughout the evening with in particular a great opener, a good women’s championship match, a friendly AJ Styles conger Edge and a good tag team match on the main event.

No doubt there will still be revenge in the air at WWE Hell In A Cell 2022 next month between Cody Rhodes and Seth Rollins, but the rest should hopefully bring some freshness to the storylines.